What word would you use to describe your prayer life? ​Strong? Consistent? Reverent? Joyful? Weak? Sporadic? Flat? Prayer is the pipeline between a holy God and His creation. Trying to be a good Christian without a good prayer life is like attempting to have a good marriage without talking to your spouse. ​I heard a story of a man who encountered a bit of trouble while flying his little airplane. He called the control tower and said, “Pilot to tower, I’m 300 miles from the airport, six hundred feet above the ground and I’m out of fuel. I am descending rapidly. Please advise. Over.” “Tower to pilot,” the dispatcher began, “Repeat after me: ‘Our Father…’” Funny, but sometimes it takes a crisis to awaken our prayer lives, does it not?

C.S. Lewis said, ​“For most of us the prayer in Gethsemane is the only model. Removing mountains can wait.” What kind of church would we have if prayer had a clear place of preeminence? The emphasis given to prayer throughout Scripture is astounding. ​The first time prayer is mentioned is in the line of Seth. (Gen. 4:25-26) The Psalmist emphasized such throughout. (Ps. 4:14; Ps. 50:15) Notice Paul’s emphasis when he wrote to Timothy: ​”first of all.” ​(1 Ti. 2:1-2) Even at the close of Scripture, Revelation 5:8, there’s a profound emphasis upon such: ​“And when he had taken the scroll, the four living creatures and the twenty-four elders fell down before the Lamb, each holding a harp, and golden bowls full of incense, which are the prayers of the saints.” ​Prayer is important.

There’s a passage that I find remarkable and interesting. On that notable occasion in which Jesus entered the temple, only to find that the religious people had things upside down, He said something that I find insightful. Mark writes:

And they came to Jerusalem. And he entered the temple and began to drive out those who sold and those who bought in the temple, and he overturned the tables of the money- changers and the seats of those who sold pigeons. 1​ 6 ​And he would not allow anyone to carry anythingthroughthetemple.1​7A​ndhewasteachingthemandsayingtothem,“Isitnot written, My house shall be called a house of prayer for all the nations’? But you have made it a den of robbers.​ (Mk. 11:15-17)

Notice how Jesus describes His Father’s house. Does the Bible say anywhere that it’s to be a house of preaching, singing or reading of the Word? All of that’s fine, but I believe the point is clear: nothing should overshadow or override prayer. It’s to be the defining mark of God’s dwelling. Truth be told, I’ve seen God do more through prayer than any of my sermons.

If there’s power in prayer – and there is, if we’re to be a people of prayer – and we are, how then should we approach such? Here are several points that may be helpful. First, we are to pray as someone who is “impoverished.” (Mt. 5:1-3) To be “poor in spirit” is to be utterly bankrupt, poverty stricken and completely depleted in “spirit.” Jim Cymbala spoke of a great time of discouragement in his life in ​Fresh Wind, Fresh Fire​:

That evening, when I was at my lowest, confounded by obstacles, bewildered by the darkness that surrounded us, unable even to continue preaching, I discovered an astonishing truth: God is attracted to weakness. He can’t resist those who humbly and honestly admit how desperately they need him. Our weakness, in fact, makes room for his power.” Wow, isn’t that true? God IS attracted to weakness.

Pray as one who is ​“poor in spirit.”

Next, we are to pray with “persistence.” In Luke ​18 ​Jesus tells the story of a wicked judge who didn’t fear God or respect man, and a widow that had an adversary. All she wanted was justice. For a while the judge refused. He dismissed her, he ignored her, he blew her off, BUT she kept on coming. Finally, it was her persistence that turned his heart. He said, ​“Because this widow keeps bothering me, I will give her justice , so that she will not beat me down by her continual coming.” ​(v.5) Friends, persistence in prayer isn’t necessarily about having prayers that are long. It’s being consistently devoted and dedicated. It’s turning to God and giving it to Him over and over and over.

Also, God would have us pray with “passion.” (​Mt. 15:8-9) ​Passion is not volume; it’s not length and it’s not necessarily outward emotion. It’s having an inward-self that’s in tune with one’s outward-self. It’s coming to God with an engaged heart. Anything less is mere mechanics. If we’re not careful religion can become a ritualistic, mechanical, mindless routine. Not good!

Finally, God would have His followers to pray for “other people.” In John 17 verses 1-9 ​Jesus modeled intercessory prayer. Pay particular attention to verse 9 – Jesus says, ​“I am praying for them. I​ am not praying for the world but for those whom you have given me, for they are yours.”I find that there’s a surprising as well as remarkable distinction. The Son of God – who died for the world – prays for His people at the exclusion of everyone else. That’s just hard for me to wrap my mind around. Later on, Jesus tells Peter, ​”I have prayed for YOU, that your faith may not fail.” ​(Lk. 22:32) Imagine that, hearing the Son of God telling you that He prayed to the Father specifically for YOU!

Intercessory prayer changes things. This is powerfully illustrated by ​Howard Hendricks, who for years taught at the Dallas Theological Seminary and pastored in the area. He is recorded to have said:

Years ago in a church in Dallas we were having trouble finding a teacher for a junior high boys class. The list of prospects had only one name — and when they told me who it was I said, “You’ve got to be kidding.” But I couldn’t have been more wrong about that young man. He took the class and revolutionized it. I was so impressed I invited him to my home for lunch and asked him the secret of his success. He pulled out a little black book. On each page he had a small picture of one of the boys, and under the boy’s name were comments like “having trouble in arithmetic,” or “comes to church against parents’ wishes,” or “would like to be a missionary some day, but doesn’t think he has what it takes.” “I pray over those pages every day,” he said, “and I can hardly wait to come to church each Sunday to see what God has been doing in their lives.”

Wow, what if we were that engaged and intentionally involved in people’s lives and incorporated such into our prayers? If that wouldn’t change the church, I don’t know what would.

Friends, there’s power in persistent, passionate, selfless prayer. We are to be a “house of prayer.” So keep on praying! 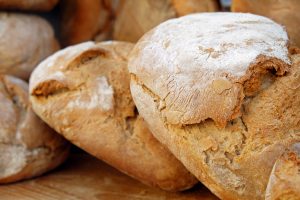 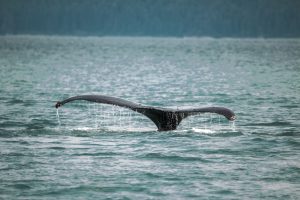