In John 4 there’s this beautiful account of when Jesus met a woman of Samaria at Jacob’s well.  We see Jesus being engaging, intentional and 404 Not Found

inclusive to those who were hurting and wounded.  Wearied from the journey, He reaches out to this Samaritan woman – someone doubtlessly shunned by the Jews and an outcast among her own people.  Jesus looks to her for water, but actually she was in need of the water He had to give.
It all begins with Jesus needing to go “through Samaria.”  The relations between the Jews and Samaritans were not stellar.  In fact there was a deep and long-standing history of animosity and division.  Concerning such, the Enduring Word Commentary states:

When the Babylonians conquered the southern kingdom of Judah, they took almost all the population captive, exiling them to the Babylonian Empire. All they left behind were the lowest classes of society, because they didn’t want these lowly regarded people in Babylonia. These ones left behind intermarried with other non-Jewish peoples who slowly came into the region, and the Samaritans emerged as an ethnic and religious group. . .Most of the Jews in Jesus’ time despised the Samaritans, disliking them even more than Gentiles – because they were, religiously speaking, “half-breeds” who had an eclectic, mongrel faith.

What is noteworthy about the Lord’s time with the woman is He quickly transitioned the conversation from the physical to the spiritual:  Jesus said to her, “Everyone who drinks of this water will be thirsty again, 14 but whoever drinks of the water that I will give him will never be thirsty again.  The water that I will give him will become in him a spring of water welling up to eternal life.” 15 The woman said to him, “Sir, give me this water, so that I will not be thirsty or have to come here to draw water.”  (Jn. 4:14-15)
Jesus knew her.  He knew that what she needed was spiritual; she needed water for the soul.  Obviously she needed it, but just what is “living water”?  To whom is it offered?   Was it merely a first-century offer, something unique to His conversation at the well, or is it available to everyone, even us today?  If we continue to follow Jesus, through the eyes of John, the answer becomes very clear.  Jesus went from Sycar to the region of Galilee and then on to Jerusalem.  In John 7 we find Him in Jerusalem at the Feast of Tabernacles.  John records:

On the last day of the feast, the great day, Jesus stood up and cried out, “If anyone thirsts, let him come to me and drink. 38 Whoever believes in me, as the Scripture has said, Out of his heart will flow rivers of living water.’” 39 Now this he said about the Spirit, whom those who believed in him were to receive, for as yet the Spirit had not been given, because Jesus was not yet glorified. (Jn. 7:37-39)

Clearly Jesus’ offer was to everyone.  “If anyone thirsts!”  We all thirst!  Everyone is included because we all have an inner itch for God.  We all have an intrinsic longing to search for something bigger than ourselves.  And the “water” to which He refers is the Spirit: “this he said about the Spirit, whom those who believe in him were to receive.” (v.39)  Bible students realize that this all culminated in Acts 2 upon the arrival of the church. (Acts 2:1-4; Mt. 16:18-19; Col. 1:13)  With there no longer being a physical temple, an Aaronic priesthood or an earthly high priest, it’s not surprising that the church is called “God’s temple” – both as a collective body (1 Co. 3:16) and as individual Christians (1 Co.6:19).
Because of the Cross and the coming of the Spirit we have access to water – pure, thirst-quenching, living water.  Water that satisfies our innermost longings and enables us to bear the Spirit’s fruit.(Gal. 5:22-23)  More to come.
You are loved,
LB 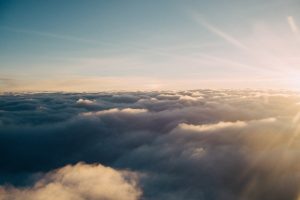 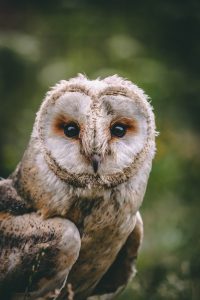 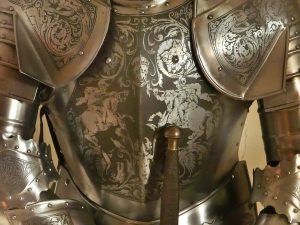