Several weeks ago a brother recommended to several of us a podcast from CrossTalk S3E15, entitled, Struggling With Same Sex Attraction. In our society and even in our churches we have those who, on one level or another, truly can relate to the struggle – perhaps even identifying as LGBTQ. For various reasons church members, ministers and our churches as a whole have been way out of our comfort zones when it came to ministering to these folks. Yet Jesus is the answer for any kind of challenge we face in life, and that is a message that we must be getting out.

While there are those who would disagree, it is my conviction that the aforementioned lifestyles are both unbiblical and immoral. (I’m speaking here of the activity, not the attraction. Having the desire is not necessarily wrong, but acting on it is.) They are sinful, just like two heterosexuals having sexual relations outside of a marriage. While “sin is sin” of course, there are some sins that the Lord especially separates in Scripture. Sexual sin is one of them. Paul wrote, “Flee from sexual immorality. Every other sin a person commits is outside the body, but the sexually immoral person sins against his own body.” (1 Co. 6:18) Like it or not, Paul says that sexual sin is on another level – it’s a total surrender of one’s self.

That being said, what can we do both individually and collectively to help those in the LGBTQ community? One thing that struck me in the podcast was a distinction the speaker made between love and affirmation. You can love someone biblically and genuinely without necessarily endorsing or encouraging the sin. That is to be our goal as believers – to show love without affirming the behavior.

I am reminded of the brief conversation between Jesus and the woman taken in adultery. Imagine how humiliating it would be to be caught in such a personal act. And on top of that, think about the shame associated with such a public exposure of something considered sinful by those around. Then, adding insult to injury, she was tossed out there as if she were the only one involved. Humiliation, shame, embarrassment, mistreatment are all words which describe how she must have felt. While Jesus certainly did not agree with her sin, He did model a spiritual posture that we’d do well to emulate. John writes:

The scribes and the Pharisees brought a woman who had been caught in adultery, and placing her in the midst 4 they said to him, “Teacher, this woman has been caught in the act of adultery. 5 Now in the Law, Moses commanded us to stone such women. So what do you say?” 6 This they said to test him, that they might have some charge to bring against him. Jesus bent down and wrote with his finger on the ground. 7 And as they continued to ask him, he stood up and said to them, “Let him who is without sin among you be the first to throw a stone at her.” 8 And once more he bent down and wrote on the ground.9 But when they heard it, they went away one by one, beginning with the older ones, and Jesus was left alone with the woman standing before him. 10 Jesus stood up and said to her, “Woman, where are they? Has no one condemned you?” 11 She said, “No one, Lord.” And Jesus said, “Neither do I condemn you; go, and from now on sin no more.”

What was it that Jesus did? Our Lord showed kindness, love and grace to her, yet He didn’t send a message of acceptance or approval of the sin. Now that’s the goal. However, just how are we to do that today in our society? First, we must be intentional. We’ll certainly mess things up if we are are not being focused and spiritually driven. Second, while we must remain unapologetic concerning the sinfulness of the behavior, we must remember that we too are sinners! We too are burdened with shameful things, whether they be thoughts, attitudes, actions, etc. We are in desperate need of God’s grace just as those in the LBGTQ community. To be a sinner forfeits one’s right to spiritual highground. Third, befriend them. Love them. Be kind to them. How can we ever reach the lost if we’re so uncomfortable with or disgusted by sin that we can’t even engage them in meaningful spiritual conversation? Step off of the high-horse, as we say in Texas, and engage them. Ask them their name. Find out about their life.
And finally there is perhaps the most difficult piece: Be clear, loving and unashamed of the Bible’s position on things. (Ro. 1:26-32; 1 Co. 6:9-11) Don’t feel that you have to apologize for the truth – you and I neither created man, nor defined morality. I didn’t write the Bible, but I do believe the Bible. So I’d suggest (and weigh this out for yourself), rather than starting with the “sinfulness of homosexuality” or something of the sort, why not begin and end with the love of Christ. When the opportunity affords itself it may be as simple as this: “Jill, we both know that our lives are different. And they are different, as you know, for a reason. That being said, Jill, I want you to know that I love you. God loves you and He loves me. And to live under the umbrella of that love is more valuable than any thing, any one or any sin. If you ever want to talk candidly about the Biblical view of things in regard to sex and marriage, while I certainly don’t have all the answers, I’m here.” Show them love; broach the subject and move on. At the end of the day you’ve planted a seed and we all know that God can do amazing things with a simple seed. (1 Co. 3:6) 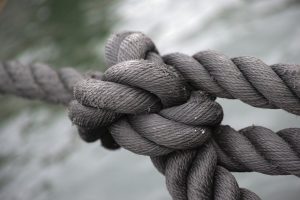