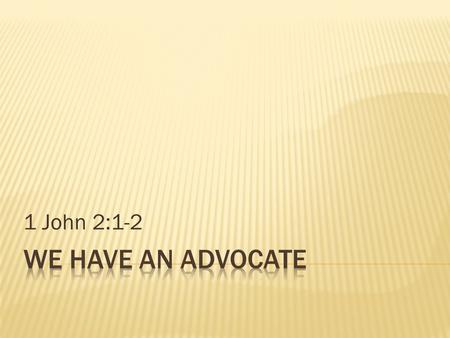 This week a past memory surfaced which has such a great spiritual parallel. It was approximately 13 years ago; Mary and 404 Not Found

I were meeting with the administration at our public school concerning services for Nicholas. Nicholas, due to his diagnosis of Down Syndrome, has a legal right to needed services. In fact ​Federal law mandates that every child is to receive “a free and appropriate education in the least restrictive environment possible.”

Prior to this Nicholas had an episode at school in which he turned blue while eating. Much to our surprise, the school was telling us that they weren’t responsible for addressing this - for “eating” was not part of the educational plan. ​With this in mind we called an emergency IEP (Individualized Education Program) meeting with several basic requests, ranging from therapies to the purchase of an oximeter (which the school was insisting we provide). After a meeting with an unwilling administration that lasted in excess of three hours, it was evident that things were not going to progress without help. So we tabled things and within a couple of weeks school was out for the summer.

Over the break Mary went to work and extended her research. She ended up being given the phone number of an Advocate with the State of Tennessee, where we were living at the time. Mary called and went through things with the representative; the lady confidently assured us that: 1) the statutes are there to protect the children, 2) what we were requesting was reasonable and well within the parameters of the law, and 3) the school was breaking the law in not meeting the needs of Nicholas. She encouraged us to bring a tape recorder to our next meeting and to send her the tapes for review. Although a running tape recorder in the center of the table certainly added a sense of gravity to the situation, the discussion still went on for hours and the answer was again, “No.”

Now fast forward to the next meeting. The state representative has reviewed the tapes and is now in attendance. Again, with the recorder running, we began with everyone around the table introducing themselves - both Mary and I, Nicholas’ teacher, his therapists and the school administrator. I never will forget when the Principal looked at the lady seated beside Mary and asked, “May I ask who you are?” The lady responded, “I’m Mrs. so-and-so. I’m an Advocate from the Child Protection Agency for the State of Tennessee.” You could have felt the air leave the room! It was amazing - the Principal looks at the list of requests that we had given them and which we had spent multiple hours discussing, nodded her head and agreed to each of them. That was it - the meeting was over in less than 30 minutes. Right then and there I learned the power of an “advocate.” It was like there was a superhero sitting at the table beside us.

Having experienced this, I cannot read ​1st John without thinking of that day. John said: ​“​My little children, I am writing these things to you so that you may not sin. But if anyone does sin, we have an Advocate with the Father, Jesus Christ the righteous. ​2 He is the propitiation for our sins, and not for ours only but also for the sins of the whole world.” ​(2:1-2) ​​Christians, although we too wrestle with sin, according to John, the beautiful thing is that we have an “Advocate.” We have our Lord- someone who cares, who is interested and who is invested! An advocate may be likened to a modern day defense attorney, a person who pleads the defendant’s case to a judge.

Interestingly, in our situation Jesus is not only our Advocate, He is also our Judge. (Ro. 2:16)Besides that, we are clearly “guilty.” ​(Ro. 3:23) So Jesus Christ who is our Advocate and Judge pleads our case to the Father. What’s remarkable about such is that the force of His approach has nothing to do with our work, but rather His. It’s not a matter of our innocence before the Law. It’s not a matter of how good we’ve been. Rather, the hingepoint is the redemptive work He did way back at the Cross. ​(2 Co. 5:21 / Ro. 8:1–4)

Having said all of this, there are several things with which I want to leave you. First, the power, security and confidence of having an advocate in this life is most significant. Second, the thought of Jesus Christ loving me, paying my sin-debt with His death and being my Advocate is SO comforting and empowering. Finally, knowing what I know now, I cannot imagine the thought of being on the verge of “meeting my Maker” without knowing that there was an Advocate waiting for me on the other side. It’s like what Peter said after the masses had left Jesus and He asked the disciples, ​“Do you want to go away as well?” To which Peter said,“Lord, to whom shall we go? You have the words of eternal life, and we have believed, and have come to know, that you are the Holy One of God.” ​(Jn. 6:67-69)

Thank God for peace and confidence that comes from knowing Jesus Christ our Advocate! 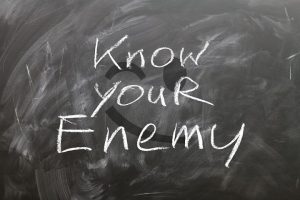