This past weekend I traveled twelve hours back to my hometown, Havana, Illinois, for our 35th Class (1983) Reunion.  I cannot believe it’s been 35 years!  Havana is a small river town surrounded by farmland in Central Illinois, population 3,301. We were the “Mighty Ducks”!  And we wore that name with pride.  (The reason, I was told, that we were the “ducks” is because long ago the football team skipped practice to go duck hunting.) I suppose to most Havana is just another small, insignificant town along a river with a grocery store and 404 Not Found

a town square, but to us it’s home.  I always enjoy going back, seeing family and reconnecting with old friends.

This weeked I was reminded of the leavening influence of a good life.  The reunion was Saturday and on Sunday six of us from our class went down to the Church of Christ for services.  I sat beside my childhood friend Brett Florence and our mutual friend Bill Boyce was the preacher.  That’s pretty remarkable when you hear the backstory.

In the summer of ‘73 Brett and his family moved to our town.  They moved right down the street and his father became the minister at the Church of Christ.  Brett and I became good friends – I was over at his house, he was at mine, I attended their VBS and even went to Lake Springfield Bible Camp with their church. It was at that camp that I was immersed into Christ.  And it was at that camp, my last year there, that I met Bill Boyce.  The summer that Bill, Brett and I hung around was also the summer that we moved to South Texas.

Now fast-forward to 2008. I travelled from Collierville, Tennessee, to come back for our 25th Class Reunion.  I remember asking someone, “Whatever happened to Brett?” They said that he was living and working in Nashville.  And then I asked, “Who is the preacher now where his dad preached?”  And they said his name was Bill Boyce.  “Bill Boyce!” I said, “he was my buddy at Bible Camp years ago.”  Come to find out he lived right down the street in the house on the hill.  So I got in my car and drove over to his house. Bear in mind, I have not seen or heard from Bill in over 25 years.  I knock on the door and it’s Bill that comes to answer it.  I said, “Bill Boyce?”  And there’s this long stagnant pause (you could see the gears turning).  Finally, he said, “Les!?”  I ate dinner that evening with their family and now stay with them each time I return to Havana.

Now what’s so powerful about this past Sunday is that Brett is sitting there in the assembly having – as a child – played a huge part in the life of two Gospel preachers.  I remember when we used to play thinking to myself, “They have something that I don’t have.”  The joy, the peace, the self-control and just an overall impressive Christian posture of doing life.  I’m reminded of the words of our Lord: “You are the light of the world. A city set on a hill cannot be hidden. 15 Nor do people light a lamp and put it under a basket, but on a stand, and it gives light to all in the house. 16In the same way, let your light shine before others, so thatthey may see your good works and give glory to your Father who is in heaven.” (Mt. 5:14-16)

Young people, don’t ever underestimate the influence that the Gospel in your life can have on others. This Sunday I said to Brett as we sat in service, “It’s kind of surreal, isn’t it?”  Friends, it’s not just surreal; it’s typical.  The Gospel has had, does now and will continue to have this profound capacity to change people’s lives, their goals, their aspirations and dreams – and most importantly – their destinies!  I am so thankful for the influence of Brett and Bill in the early days of my life.  Partly because of them, I am who I am now.

Who has had the greatest spiritual impact on your life?  Whose lives are you impacting?  Don’t underestimate the influence of the young! 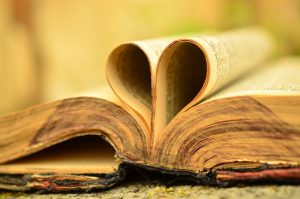 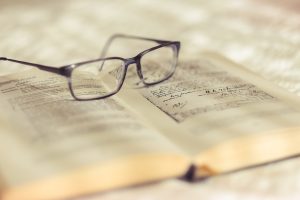 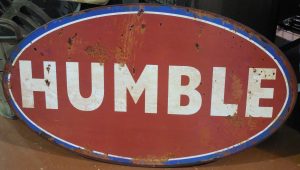