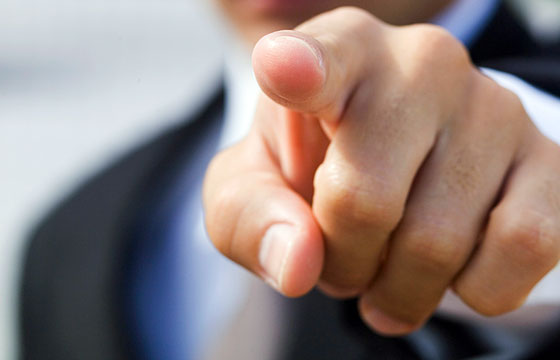 All of us doubtlessly have wrestled with the will of God on various things in our lives.  Perhaps you, like Melanie (whom I mentioned last week in regard to her “miracle baby’s” stillbirth), have wondered where God was in your life.  While we understand that Satan is throwing his “fiery darts” (Eph. 6:16)in an attempt to wreck our faith, his opposition is to be expected; the hinge point concerns why God allows it.  God could stop it. Why doesn’t He intervene?”
Initially, as finite creatures we’ll never know the full answer to such a question, simply because it’s not revealed.  Boyd points out in the book I’ve been referencing that “There are far too many unknowable variables that would need to be factored in to such knowledge.  Indeed, to know anythingexhaustively, we’d have to know everythingexhaustively.” (p. 107)  Well said. So we’re left with merely trying to glean what we can  from what’s revealed in Scripture.
“Can’t God do anything?” someone may ask.  While much could be said here, the simple truth is no.  Although God is “all powerful” He can’t do anything (Morally: He can’t lie (Ti. 1:2), Ontologically: He can’t make a rock that’s too heavy for Him to lift, etc.) and, when it comes to His image-bearing creatures not even then does  He get “His way.” That almost sounds blasphemous doesn’t it? Think about it though: Peter said, “The Lord is not slow to fulfill his promise as some count slowness, but is patient toward you, not wishing that any should perish, but that all should reach repentance.”(1 Pt. 3:9) Notice that God is “not wishing” that any should perish, but clearly some will.   Thus, even God does not get “His way” all the time.
So if it is the case that God, because of the world He created to allow us freedom of choice, doesn’t necessarily get “His will” in regard to a person’s salvation, would it not be plausible, given the pain in the world and 404 Not Found

the overarching emphasis of the Lord’s compassion, that He doesn’t necessarily get “His will” in regard to all suffering and pain due to the same?
The critical factor in all of this, whether it be salvation, thorny problemsor the lifestopping painwe may face, is “free-will.”  Because of our free-will God sometimes doesn’t get His way.  Think about it: in regard to salvationmany times our will or desires don’t coincide with His will.  On the one hand, with little difficulty we typically can embrace that God allows things to happen (which are not an expression of His personal wishes) in regard to salvationdue to free-will.  Yet, on the other hand, when it concerns disappointment and pain in our lives, we tend to believe that everything amiss is in some way God’s fault, at least from the standpoint that He, as an all-powerful Creator, could have prevented it yet chose not to.
“Why did God,” we ask, “allow that?” Everyone has a different “that” with which they wrestle.  It may be a health“that,” a relationship“that,” a money“that,” a career“that,” an annoying person“that” and so on.  In life these “thats” – sometimes big, oftentimes small – keep on coming many times in spite of the fact that we’ve prayed and prayed and prayed for such not to happen.  It’s this “arbitrariness” that can be so puzzling and at times frustrating.
So what about “that”?  As noted last time, in Jesus Christ the “fullness of deity”dwells (Col. 2:9).  He is “the exact imprint”of God’s nature. (Heb. 1:3) In Jesus we get the fullest, most exhaustive look into WHO God is and HOW He views things.  It is my conviction, in working through all of this, that it is paramount that suffering is approached from the standpoint of how Jesus viewed it.  Did Jesus care about the pain in people’s lives? Did Jesus feel/show compassion? Did He ever do anything to help? Was He consistent in His response?  Friends, not only did He feel compassion and help, such served as the identifying characteristic of His earthly ministry. (Mt. 11:4-6)
Let that sink in; a predominant characteristic of Jesus Christ’s earthly ministry pertained to how He addressed pain and displayed compassion.  I believe this is a true picture of how God views what goes on in our lives. To me this all comes down to love and free-will.  Because of God’s love He gave us free-will and because of free-will there are consequences, specifically that even God has to watch things unfold which are not what He necessarily wishes.  Boyd’s thoughts are helpful here:

…if God decided to create a world where love is possible, he thereby ruled out a world in which his will is always done.  If he chooses to create this kind of world, he can’t guarantee that his will is always done, not because he lacks power but because of the kind of world he created.  Just as a triangle can’t be round, so too a world that includes love can’t guarantee that God’s will always comes to pass. There is no reason to avoid saying God can’t do something so long as we are clear that this “can’t” is the logical consequence of decisions God made.

Friends, God loves the wayward, broken and hurting, but because of love and a greater good (a stable environment of free-will) we live in the world as we know it.  Problems and pain are not evidence that “God doesn’t care,” but rather that He has limited Himself out of love for us. And don’t forget your time here is a brief journey – the destiny is the Resurrection and all that that entails!  More to come.
You are loved!
LB 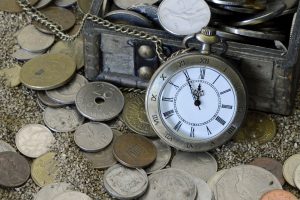